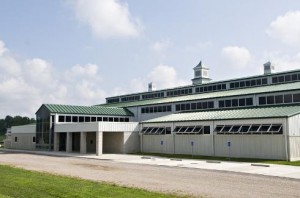 The Virginia Livestock Hall of Fame was established in 2009 by leaders in the Cattle, Dairy, Sheep and Pork industry. The purpose of this award is to bestow honor and recognition upon Virginians who have made outstanding contributions to the State’s livestock industry and its people. At that time the Horse Industry was not included, thus leaving out many individuals deserving this high honor. Through the efforts of the Virginia Horse Council this situation was changed in 2013.

The inaugural inductee in 2014 for the Horse Industry was Dr. Arden H. Huff. The Virginia Horse Council (VHC) is inviting you to submit your nomination for the Livestock Hall of Fame Award. The VHC will review suggestions from all organizations and select the nominee. The nominee will be submitted to the Virginia Livestock Hall of Fame Committee along with the $300 nomination fee. The final selection is made by the Hall of Fame Committee.  There is also a Pioneer Award for a deserving deceased recipient who has passed away within the last fifty years. Inductees have their portraits on permanent display in the Alphin-Stuart Livestock Arena at Virginia Tech in Blacksburg, Virginia.

The deadline for submissions is November of the current year for nominating someone for 2016. There are many deserving Virginians who have made tremendous contributions to our state’s Horse Industry. Thank you for taking the time to ensure that the Horse Industry is included with the recognition of one of our many fine horsemen.

For additional information, including the nomination forms, please see THIS PAGE to contact our office. 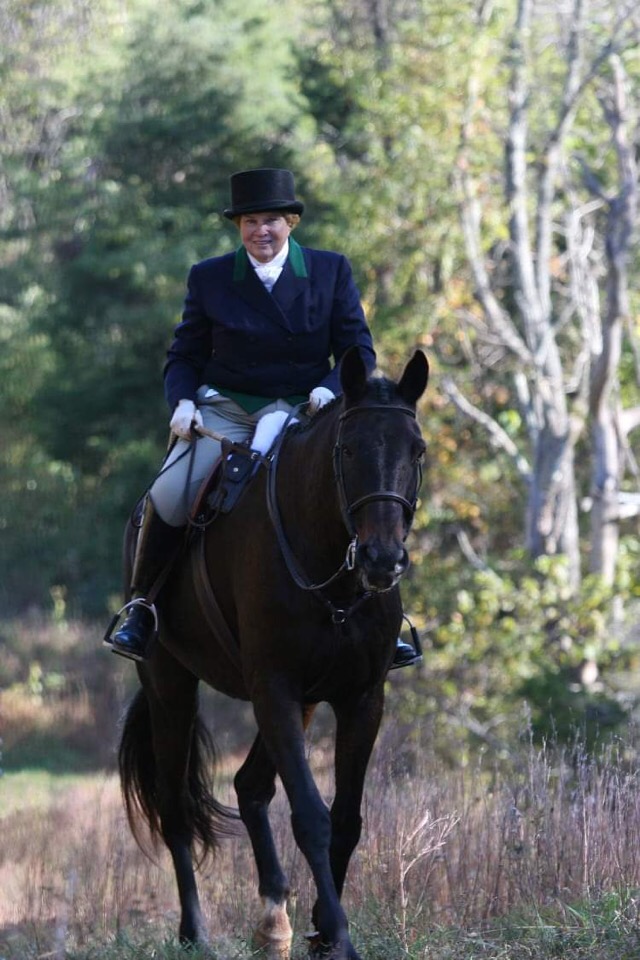 The late Sally Lamb was the honored recipient of the 2021 Livestock Hall of Fame award.  Sally was an esteemed equestrian instructor and horse industry advocate who had a profound and lasting impact on many lives in Virginia. She was the founder of the “Four Horseshoes Youth Foundation,” an organization dedicated to providing opportunities for equine experiences and horseback riding for underprivileged youth. 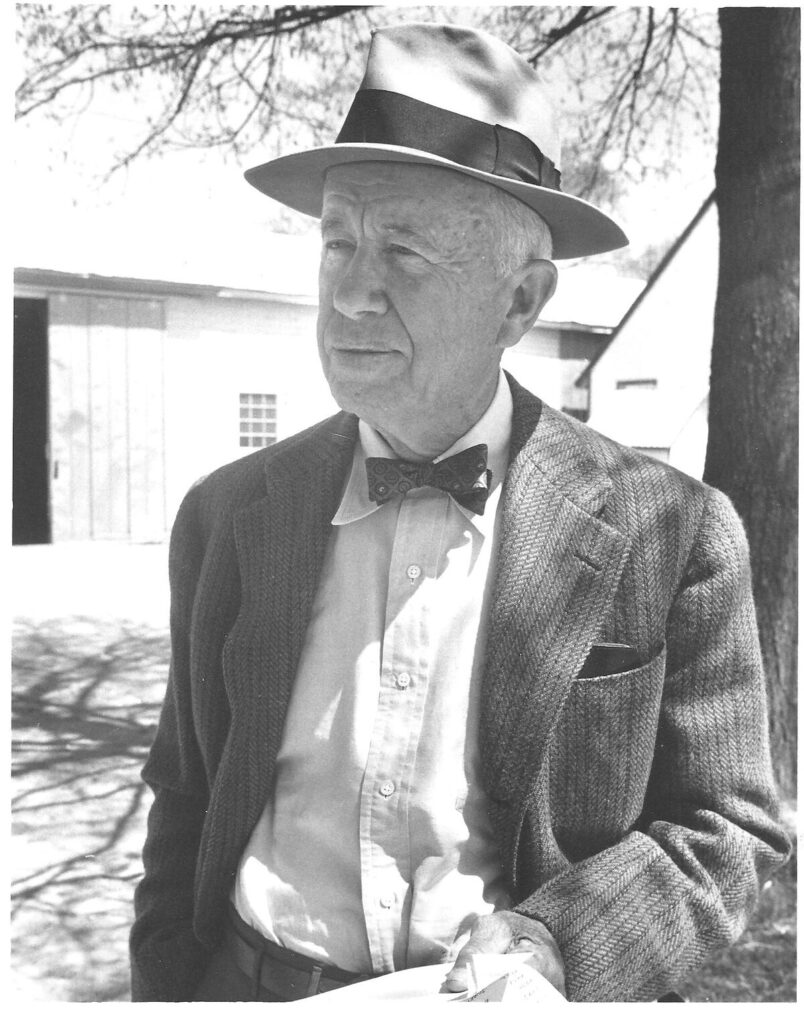 Chris Chenery, breeder of Secretariat, was the Horse Council’s 2020 inductee. Lynda McGarry from the Horse Council accepted the award on behalf of the Chenery family.  Mr. Chenery was recognized by the American horse racing industry with a number of laurels including the Eclipse Award for Outstanding Breeder in 1972 and 1973. In 2019 he received its highest honor when the National Museum of Racing and Hall of Fame made him one of the Pillars of the Turf.

Aaron A. Gunn (deceased), of Lunenburg County, Virginia was the honored recipient of the 2019 Livestock Hall of Fame award.   Mr. Gunn left a legacy through his

American saddle horse breeding program. He also made an impact on subsequent generations as they continued their equine ventures with honesty, sportsmanship, and integrity. 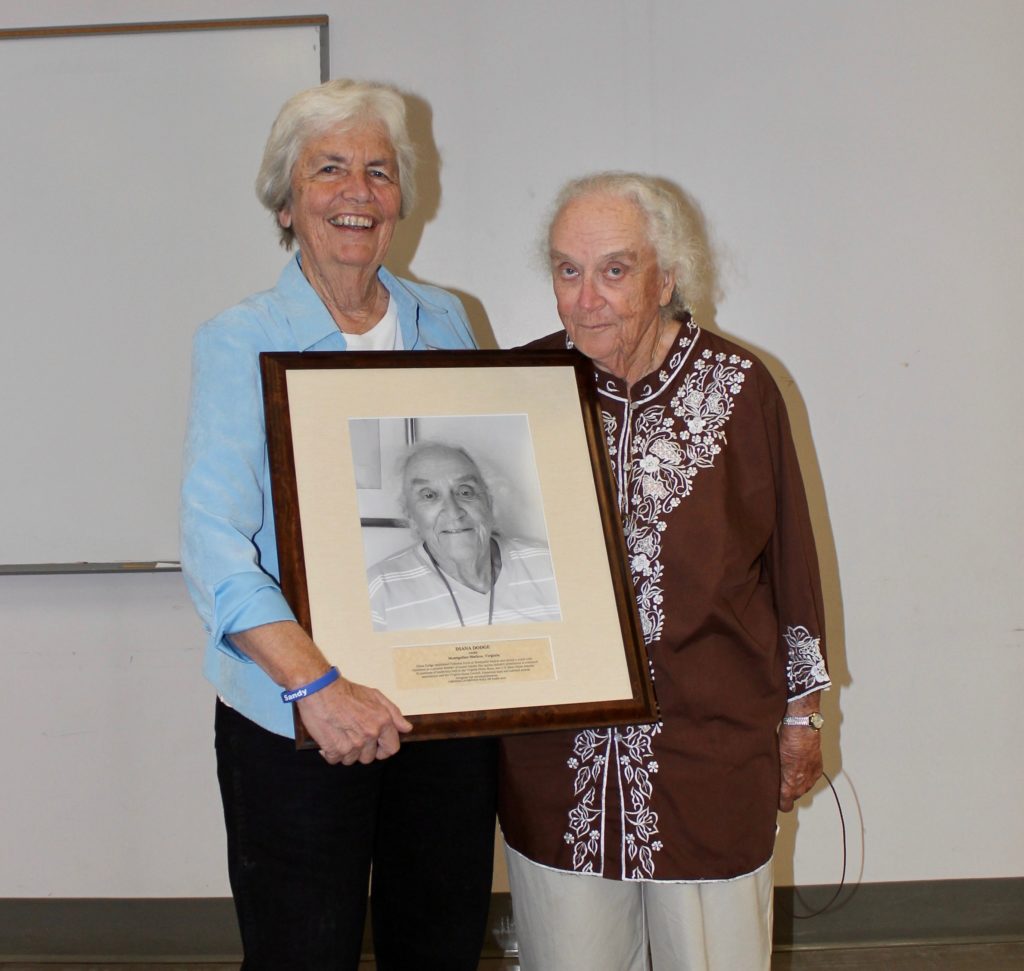 Ms. Diana Dodge, Virginia Horse Council Board of Directors member, was recently honored with the 2017 Livestock Hall of Fame award. The ceremony was held on Saturday, October 21 at the Virginia Tech Alphin-Stuart Livestock Arena in Blacksburg, VA. The portrait of Ms. Dodge, along with the other three 2017 inductees, are now hanging in the Alphin-Stuart Livestock Arena Gallery. In 2009, the Virginia Livestock Hall of Fame was established by leaders in the Cattle, Dairy, Sheep and Pork industry. This award was created to recognize those individuals who have made outstanding contributions to Virginia’s livestock industry.

Ms. Dodge has earned an international reputation as a premier breeder of hunter horses. She has earned many state and national awards in recognition of her accomplishments. In 2011, Ms. Dodge was awarded the USHJA’s (United States Hunter Jumper Association) Lifetime Achievement award. She is owner of “Nokomis Farm” in Montpelier Station, VA.